Caravela, composed of blind and partially sighted paddlers (BPS), has been training as a team since the beginning of the season, and have officially been integrated into the Verdun Dragon Boat Club.

Their first year ever competing in the Quebec Cup showed focus and guts!

Caravela demonstrated some serious mettle in their races! Captain Josh Simmonds proudly described the Quebec Cup competition weekend experience as “adding another layer of grit and chutzpah to our team. Congrats gang!”

And indeed, courage and grit is what it takes for this team of blind and partially sighted paddlers to do what they do best.

Imagine the cacophony of sounds that is dragon boating during regular trainings or in the paddling tank, and magnify that hundred-fold to levels in the competition! Distractions, yelling, splashing, coaches’ conflicting bellowed instructions creating added confusion to the already jostling on the boats.

Yet Caravela paddlers showed true focus and professionalism as they calmly boarded the boats, kicked some serious paddling butt out there, and improved their timings for their 500m races. 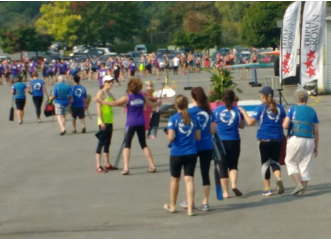 From the Perspective of a Caravela Paddler

Ioana Gandrabur has been paddling with Caravela since May and has enjoyed the experience of being on the water and competing! In her words, “Loved the 2k with all the turns and sense of adventure being in the front of the boat avoiding buoys!”

Far from what most of us would imagine being a truly intimidating, overwhelming, and over-stimulating situation of noises, splashes, and the general mass chaos that is a race, Ioana reflects that the adrenaline of being in a 2,000 metre race with seven turns gave her “a moral boost and a kick.”

The fellowship among Caravela teammates, both non-sighted and “sighties” is evident in the easy camaraderie that is displayed both between races and on the boat itself.

It is truly a testament to the unique character and nature of the Verdun family when you witness so many volunteers offering to join in last minute at the Quebec Cup on a Caravela boat that is not quite full.

Being visually impaired can in fact heighten your focus in other areas, making you “grounded at the task at hand.” Working in collaboration with their sighted counterparts who are tasked with the responsibility of navigating around sloppily dumped paddles and life jackets, Caravela paddlers were able to focus on the race, competing against themselves and their own timings, as well as build cohesiveness as a team.

Kudos to you all, Caravela! You showed true heart and perseverance in what was a tough season.

Over ten races and a weekend of grueling competitions later, at the post-Quebec Cup celebratory potluck, Coaches Ira E. Lax and Sheri Cameron were presented with huge cards featuring a collage of photos capturing key moments in races and practices throughout the season. 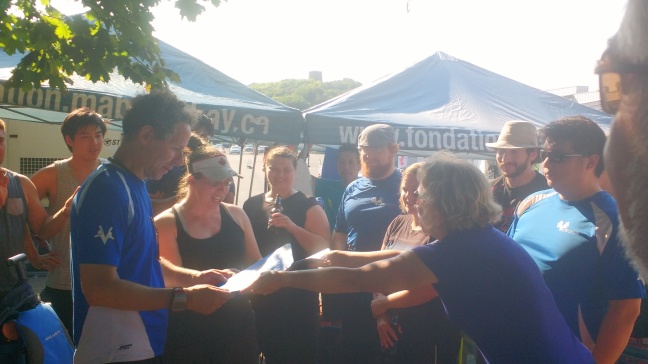 Signed by every paddler, this was an important testament and tribute of our extreme appreciation for the guidance that they have given us through the season, who pushed, cajoled, encouraged (threatened, provoked ;)), and challenged just the right amount to bring out the best and strongest in us.

Messages revealed how the lessons learned, leadership shown, and gutsiness displayed translated far beyond the paddling tank, but have had real life implications in both professional and personal lives, as athletes, as community members, as paddlers.

A veritable community and family has been cultivated thanks to the efforts of our two dedicated coaches who have truly led by example.

Thank you Coaches Ira and Sheri! 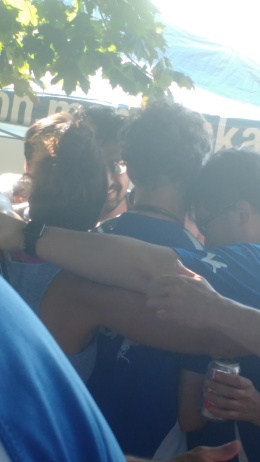 Cheers Verdun! And here’s to another fantastic season.

This site uses Akismet to reduce spam. Learn how your comment data is processed.